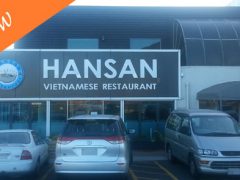 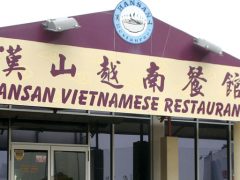 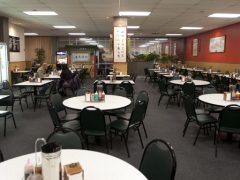 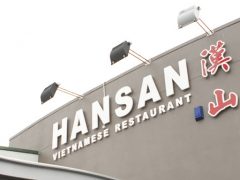 The Chin Family fled the terror of the wars during the troubled era of Indo-China. They went to the refugee camp in Vietnam about 1980. Thankfully, Thuc Lan Tran, had a sister living in New Zealand, who sponsored the family over as a family reunion. Arriving in 1990 with a new lease of life, they learned a new language, and over time adapted to the new culture in NZ. Over the next few years they all worked very hard eventually deciding to venture into a restaurant business.

The name “Hansan” was created in 1998 by combining the names of the two brothers, Han and San. “Han” sounds like “looking at” when pronounced in Cantonese and “San” means “mountain” in Chinese, therefore, “Hansan” means “looking at the mountain”. The name is befitting the location of the first restaurant at Panmure. As you lookout from the main entrance of the restaurant at Panmure, slightly towards your right, you will be looking at Mount Wellington.

Led by Han Chin (known by most as Han), the eldest son of Lenh Phong Chin and Thuc Lan Tran, together with his parents and siblings Leslie, San Chin (known by most as San) and Jessica, the Chin Family started Hansan Vietnamese Restaurant at 525-529 Elleslie Panmure Highway, Mount Wellington in 1999 that served authentic Vietnamese Cuisines. Their business and popularity grew from strength to strength, and it has turned out to be the cornerstone of their chain of restaurants.

Then in 2006, a branch of the Hansan Vietnamese Restaurant was opened in 55 Nuffield Street in Newmarket. Like the first restaurant, the business flourished. It resulted in interest being shown in the Hansan Vietnamese Restaurant brand name and system, leading to the start of a franchise being opened at Unit E, 31 Link Drive, Glenfield, in 2007. This business to did not disappoint and turned out to be just as successful.

In 2008, another opportunity came along. A friend of Han came to know of a Malaysian restaurant in East Tamaki that was up for sale and told Han about it. Though The Chin Family had not been to Malaysia at that time, they love the food from the region. Han make a quick decision to buy the restaurant, retained its name, Sri Mahkota, and their venture into the restaurant business widened. It has become so popular that some customers come from as far as the North Shore to eat! Due to the size of the premises customers are often left queuing for seats, and often one can hear customers asking for another restaurant to be opened. Thus, Sri Mahkota Restaurant in Epsom, was added in 2009 to cope with the demand. In the following year, 2010, yet another Sri Mahkota Restaurant was added into their chain of restaurants in Symonds Street, Auckland.

The Chin Family has, in the space of 11 years, and through shear hard work successfully built up two restaurant brand names – Hansan Vietnamese Restaurant and Sri Mahkota Restaurant. Five of the restaurants, including a franchise and the two joint-venture Sri MahkotaRestaurants, were added in the same number of years.