A deeper dive into Safeswim

Why might “high risk” warnings be placed on our local beaches? What does it mean when a site is tagged with a red pin? And, where can residents find out more about beach conditions in the Bays?

Safeswim is a partnership between Auckland Council, Watercare, Surf Life Saving Northern Region and the Auckland Regional Public Health Service. It aims to be a “one-stop-shop” for advice on beach and swimming conditions for over 100 sites around the greater Auckland area.

Local resident Nick Vigar manages Safeswim’s team of scientists and environmental engineers. His career actually began in health sciences, specifically dentistry. He then went back to university to gain a BSc (Hons) in chemistry before progressing into the stormwater industry where he was a research manager, testing water quality and “learning to be an environmental engineer” as he designed stormwater treatment systems.

His current role combines all this knowledge and experience. “I thought I’d left health sciences and microbiology behind!” he laughs. Nick views his job as one of risk management. “It’s about trying to provide people with the best information so that they can make informed decisions about when and where to swim,” he explains.

Through regular water sample testing, the Safeswim team looks for potentially harmful organisms, such as E.coli, giardia and salmonella, and other signs of faecal contamination – or, as Nick simply puts it, “poo in the water”.

This can come from a variety of sources, be it human, bird, cow or dog, and if the quantity is above recognised safe levels, a warning is issued. “This happens when there is a 2 per cent (or more) chance of people becoming unwell,” clarifies Nick. “Some might say that’s not very high, but if one customer in every 50 was getting sick at a restaurant, you might think twice about eating there.” 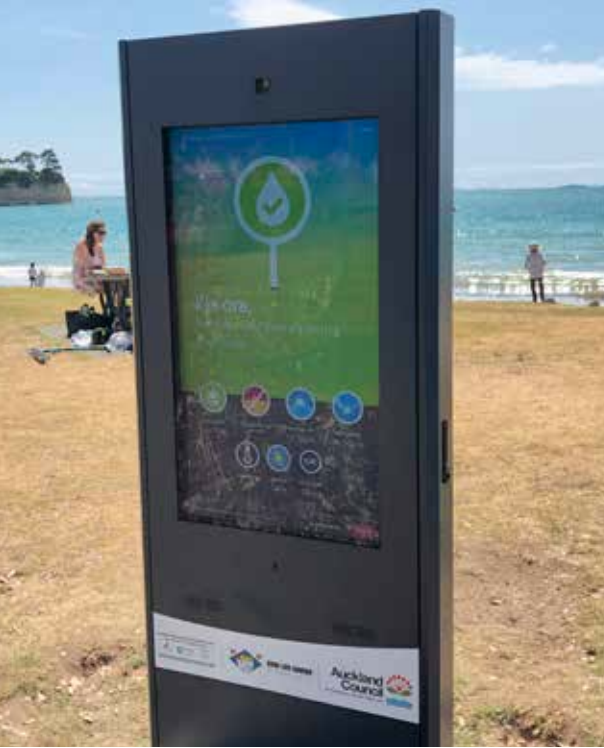 Until relatively recently, it was only retrospective advice that could be offered. There are no accurate tests that can be done immediately on a beach, and the lab results could take 36 hours or more. Now however the system has improved significantly. Nick and his team use a predictive method originally devised by the USEPA (United States Environmental Protection Agency) that combines current and historical water data with real-time rainfall data to make predictions of when high risk conditions are likely to exist. Every location can be slightly different, but the predictive models operate to a high degree of accuracy.

Despite what some members of the public may feel, Safeswim does not close a beach for the sake of it. Health and safety is always the primary concern. “The risk of pollution is higher in the shallows – which is where most children play, paddle or swim,” Nick says. “I think putting it in terms of ‘would I be happy for my kids to play in that surf?’ should help with someone’s decision-making.”